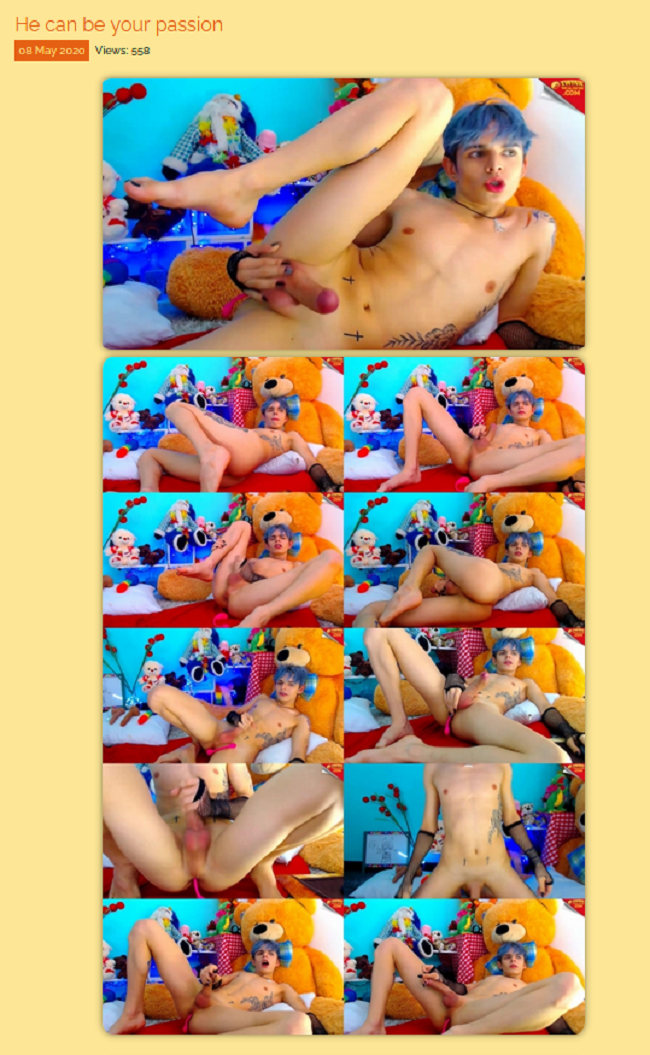 Newly bearded Ethan Ever is back with his giant dick. This time we put his big tool to work by getting him to drill Aaron’s hole before he spurts his load all over Aaron’s face & mouth.

Aaron & Seth then scrambled to hunt down some really big condoms and were able to find the largest XXL condoms manufactured.

We were set to go; we had the giant condoms, we had lube, we had Aaron’s mouth and manhole ready and waiting…

We take a break and then Aaron gets back to work using his mouth to get Ethan nice and hard.

We slide on the humongous condom and Ethan slides his unit deep inside Aaron’s hole. Aaron was writhing in pain at first. He relaxes after warming up a bit allowing Ethan to pump his thick meat in and out of his ass. Aaron really gets into it now and gets on his back with his legs in the air. Ethan really like this position and continues stuffing his big dick balls-deep inside Aaron’s hole.

Since they are friends Angel always been Andrea’s crush. One night he falls asleep near him and Andrea decides to take advantage of this situation jerking and licking his feet and sneakers not thinking about the consequences that will come up…

Officer Samuel O’Toole is tough but fair. Not one to bust your balls over a small infraction, he likewise can’t let the big problems go unregistered. So when he pulls Lucas Knight over for some minor violations, he realizes it’s not something that needs any backup. Sizing Lucas up as strictly a one man job, Officer O’Toole suggests the two of them adjourn inside for further investigation, and upon inspection, he finds Lucas to be a more than friendly witness. Wrapping his lips around Sammy’s cock, Lucas hopes these oral skills will get him out of the ticket that his words could not, but Officer O’Toole is not likely to let him off so lightly. Sure enough, Lucas may be able to avoid the punishment of the law, but not the pounding of Sammy’s dick. Sammy opens Lucas up for a deep probe, and satisfied with his findings, sprays forth a massive load in approval. Looks like Lucas gets away… for now! Enjoy!

Benjamin always wanted to know how it would feel to have reds dick inside him. So Red gave it to him good.

Sexy and sinister Roman Todd fucks innocent Jaime Steele into submission, dominating the young, slender twink with his ripped, muscular body and huge, hard cock, until the teen agrees to do the money-hungry hustler’s bidding.